uber cool i tell you.in the blood bank, we were shown basically how to collect blood. to ought to know that donating blood is not simply done. the procedure is enough to make you cross-eyed. getting the blood is one, keeping the blood is another. the medical officers would actually have to divide the blood into parts for testing n storage. i found out that a bag of blood can only be kept for 5 days max. xplains why the public is often urged for blood donation.


next, we headed to the patho lab. where they do tests on blood,urine,stool,etc for any abnormalities. we're shown a room full of machines made to do things we learnt in class.

(what's the point of burdening us with xtra curricular if they already have machines for it i say.. sheesh =.= )

the technology now is superbly advanced, making us go 'oooooohhh' and 'aaahhhhhh' everytime the machines move an inch.haha. was shown more cool stuff, had a small briefing and it ended.


that was all i could think of.haha. headed to the foodcourt and ate.ze end :)) 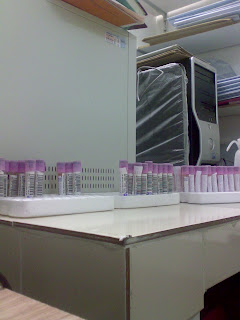 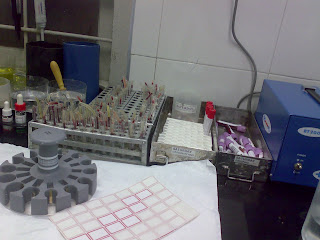 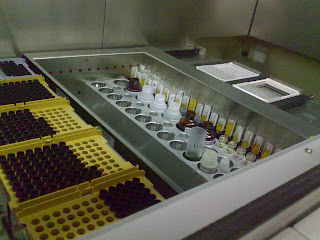 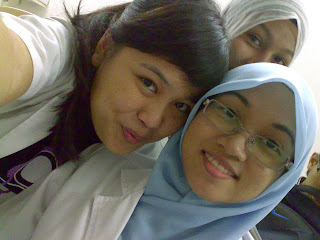 you look juz as big as in march.hahahaha:D

hanaa (:
melaka, Malaysia
a malaysian medical student who dreams of baking walnut brownies all day.any of you got a problem with that?